Having your own hockey rink in the basement is something that most people have never even considered possible, but believe it or not it’s now a reality. With our cutting edge synthetic ice technology a basement hockey rink can be custom built to fit your basement dimensions. Our top quality synthetic ice is super easy to install and you can be skating on it in just an hour or two after it arrives.

Having a basement hockey rink gives you the chance to work on your game 24/7 so you have the edge over your competition. Skating on our synthetic ice is also requires about 10% more effort than a typical ice rink making it a great training tool. After practicing on synthetic ice you’ll find skating on real ice that much easier. It’s also much more effective to practice shooting, stick-handling and other hockey skills while you are on skates rather than in running shoes. Practicing these skills on ice instead of dry land is much more realistic and transferable to when you actually play.

Our synthetic ice typically lasts for about ten years of wear and tear, and after that if you want to go for another ten years you can simply flip it over. Unlike some products out there, our ice sheets are solid all the way through. Our ½” thick ice is a solid ½” thick through and through which means that both sides are equally good to skate on.

Here is an example of how even a small basement hockey rink can give you an excellent surface to train and improve your skills. 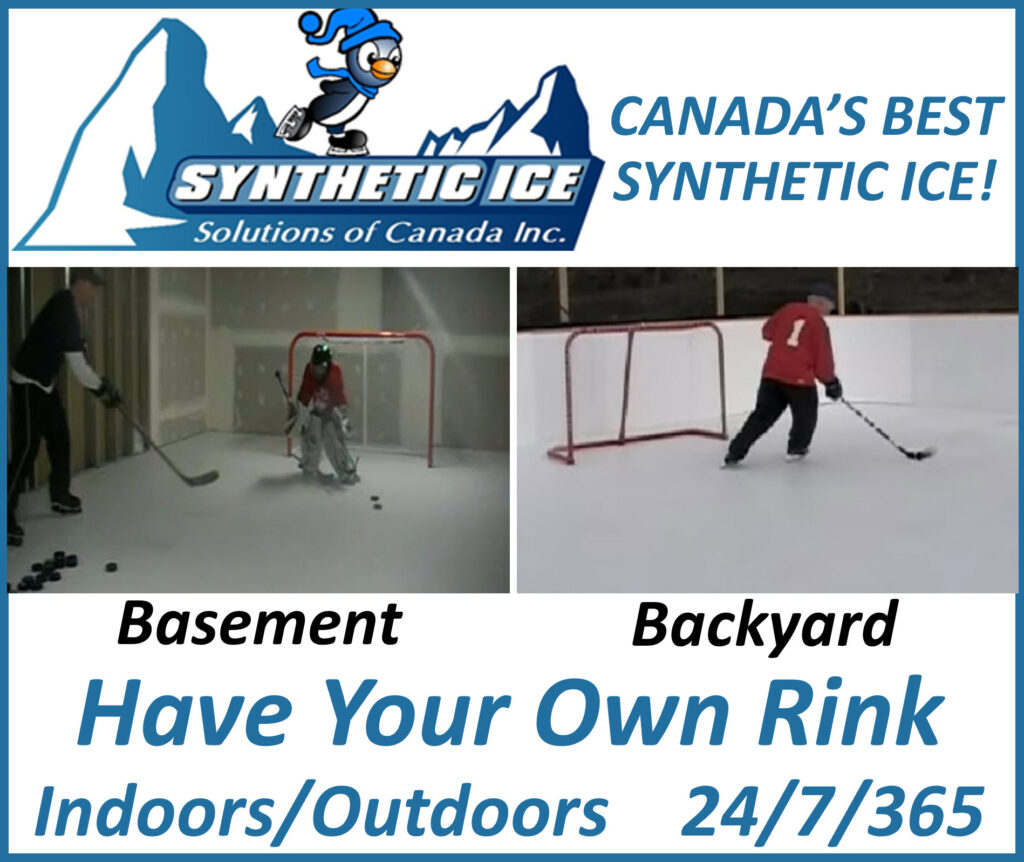 A basement hockey rink is actually a good investment when you consider the cost to rent public ice and the time and effort it takes to travel to use it, not to mention the limited access. Once installed there are no ongoing costs for water or power and it’s always ready to be skated on when you are. If you are serious about getting a competitive edge, or just want to have your own basement hockey rink so you can skate whenever you like then give us a call. You can also come to our facility for a skate to test it out for yourself, we’re located in Brampton Ontario just minutes from the Toronto Airport.